So, Facebook admits to making another privacy gaffe and apologizes profusely and sincerely, promising it will respect your privacy in the future. I, for one, don’t buy it. You can read the latest mea culpa in the "Washington Post". Wanting to beat the Christmas rush, I deleted my account two weeks ago.

There are many reasons why people get onto Facebook. It all sounded so noble and logical as I repeated my reasons to others a year ago, “My oldest daughter has graduated from college, and my younger daughter will be following her in a couple years. As they go away to graduate school, I want to be able to stay in touch.” Sometimes, I even threw in a justification based on evangelism: “You know, most young people communicate through Facebook, so this will open up a whole new way of staying in touch with younger parishioners and older ones too.” What a great dad! What an edgy emergent-church kind of priest! The real truth was far less pretty.

I was driving home last year when my oldest daughter called me on my cell phone to say she had been accepted by Seton Hall University about fourteen miles outside of New York City. I was thrilled; I was proud; I made all sorts of appropriate parental noises. I also hung up and cried the rest of the way home. Seton Hall: 2,861 miles from my doorstep in northern Nevada. 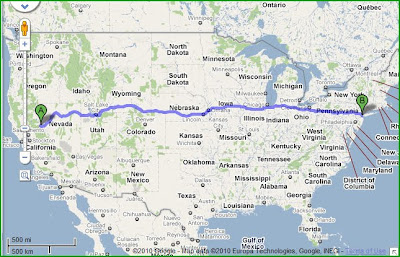 According to Google Maps, it would take me forty-three hours to drive there. Clearly, Google Maps based this wild-eyed optimistic estimate on three assumptions: 1) I would not sleep, eat, or stop for gas; 2) My little Hyundai sedan could maintain a constant rate of 66.5 miles per hour shooting out of my sleepy little neighborhood and blazing through downtown Salt Lake City, Omaha, Chicago, and Cleveland without attracting the interest of law enforcement, and; 3) A large-sized Diet Pepsi wouldn’t force my tricky fifty-two-year-old bladder to the side of the road within fifteen minutes flat. I had realized the girls were eventually going to grow up and have their own lives, but did they really have to begin them on the other side of the planet? OK, to take the drama down a notch we return to Google Maps where we learn that the “other side of the planet” would technically have been somewhere in the neighborhood of Samarkand, Uzbekistan – but you get my drift.

So, in what some would uncharitably describe as a less-than-manly display of parental panic, I joined Facebook. At first it was fun. We had some great father-daughter time as the girls tutored me in how to post my status (“Dad is now on Facebook!”) and learned how to make critical updates about my life (“I have uploaded my first picture of the cats!”) Ever the Epis 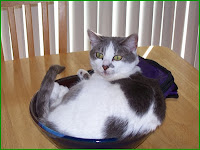 copalian and concerned about my privacy, I spent hours perusing articles about online settings for Facebook to prevent personal details being divulged to identity thieves or the Huffington Post – both evil enterprises who would naturally want to access private shots of my cats. Finally it was done, and I settled back into making daily checks of Facebook to learn about my daughters’ lives and share mine with them. What I learned is our lives consist mainly of what we have eaten today, things we already discussed on the phone or in person, and who our latest Facebook friends are. Week after week, I found I had less to say and would prefer to talk to my daughters in person rather than try to make my rather predictable day sound interesting by coming up with catchy status updates like, “Whoa! Jonah swallowed by sea monster during Morning Prayer. God: 1; Jonah: 0!”

Yes, it was life on the edge, until the day Facebook decided to make its first “enhancement” to my privacy settings. What Facebook means by “enhanced privacy settings” is they have defaulted all your previous privacy settings to absolute zero, allowing everyone (especially their advertisers) to see your profile, marital status, home town, groups you have joined, list of friends, and the new Thai restaurant you ate at last night. Another facet of being Episcopalian is I am basically polite. I found it hard to refuse the deluge of friend requests from people I liked, people I was not sure I liked, and people I did not even know. What began as a family sharing experience shortly became a mob. Soon, I was being informed about vague acquaintances purchasing fertilizer for their simulated ant farms on Facebook and important valid scientific tests I could take (“What Gemstone Are You?”; “What Celebrity Are You?”; “What Theologian Are You?”) I learned how to hide friends or activities like the ant farm but still, as one friend put it, “What does it say about your sixty-eight friends when you have sixty-two of them hidden?”

After each of the four “privacy enhancements” Facebook has rolled out in the year I have been with them, I had to spend too much time learning how to lock down my settings again. Each time, they introduced one more way to make it difficult or impossible to do so. Sometimes I did not realize I had missed a setting until I had a new friend request from a stranger waiting for me or received startling E-mail notifications from Facebook (“Margaret went to the same Thai restaurant you did last night!”). The final straw came during their last upgrade when I discovered I could no longer completely opt out of people sending me friend requests. I had received thirteen requests from current and former students within a week. There is no way I am sharing my personal life with twelve-year-olds I am currently teaching and middle schoolers I taught last year. I’m their teacher, not their friend – no matter what more groovy teachers say, there does remain an important gulf between those two. Read about privacy concerns on Facebook at the New York Times here: "Price of Facebook Privacy?" Given these four previous missteps and the amount of money to be made from ad revenue if Facebook does not respect my privacy, you will understand if I am less than ready to swallow the latest spin-saturated apology.

Since I also work with websites, I have a rather advanced Internet virus protection program. I say “advanced” because it cost me a lot of money. Over a week’s time, my virus protection program would indicate an uptick in malicious traffic whenever I accessed Facebook. Reports online have indicated Facebook is one of the new favorite targets of spammers, hackers, and identity thieves. Read about these concerns at the New York Times here: "A 'friend' might send you a virus"

So, a couple weeks ago, I deleted my account. It is a pretty easy process if you can withstand the pleading messages that arrive in your E-mail afterwards: “Mark will miss you!” “Susan still wants to be your friend!” Simply go to the help page on Facebook, type “delete account” into the search box, and the answer will come up – it is just one simple click on a link after that. I even have heard there is a move to get people to quit Facebook on Memorial Day due to these privacy concerns ("Quit Facebook on May 31"). For once, it’s nice to be ahead of the curve. Facebook will try to get you to just “deactivate” your account, but don’t fall for it – if you ever sign in again, even accidentally, your account is automatically reactivated. Even when you choose to delete your account, if you sign in again within fourteen days, the process is cancelled, and you have to start over.

My oldest decided not to go to Seton Hall last year after all; instead she will be heading down to Texas for grad school this fall. It is not the other side of the world at least, but she is probably going to end up with a drawl at the end of her first month, and I am concerned about her even being in the same state as George Bush. We will keep in touch in old fashioned ways – letters and phone calls – and in new fashioned ways like E-mail. The bottom line is I do not really think a third party focused on advertising dollars maintains your relationships – only real human contact does that. Besides, Texas isn’t that far away. Google Maps says it is only a twenty-nine hour drive! 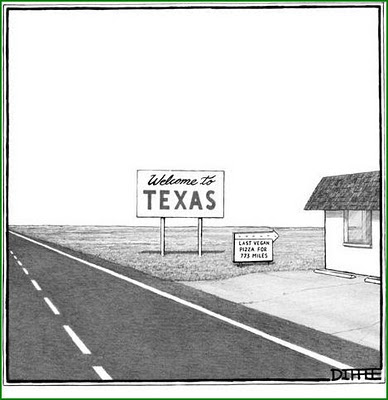 Your comments are welcome. I've had to add a word verification step to the comment process to screen out spam. I apologize for the inconvenience.

"The feeling remains that God is on the journey, too."

"Even in absurdity, sacrament.
Even in hardship, holiness.
Even in doubt, faith.
Even in chaos, realization.
Even in paradox, blessedness."

"Always maintain a kind of summer even in the middle of winter."

Douglas Adams in Hitchhiker's Guide to the Galaxy

"In the beginning the Universe was created. This has made a lot of people very angry and has been widely regarded as a bad move."

Rick+
Reno, NV, United States
I am both a retired priest in the Episcopal Church and a retired elementary school teacher who tends to worry far too much about the condition of his lawn.